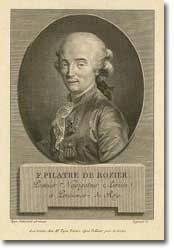 Learn About the Background Behind Hot Air Ballooning

On the 19th September 1783 Pilatre De Rozier, a scientist, launched the first hot air balloon called ‘Aerostat Reveillon.’ The passengers were a sheep, a duck, and a rooster and the balloon stayed in the air for a grand total of 15 minutes before crashing back to the ground.

The first manned attempt came about 2 months later on 21st November, with a balloon made by 2 French brothers, Joseph and Etienne Montgolfier. The balloon was launched from the center of Paris and flew for a period of 23 minutes and a distance of 5.5 miles.
The birth of hot-air ballooning!!!

Unfortunately, this same year Pilatre de Rozier (the world’s first balloonist) was killed in his attempt at crossing the channel. His balloon exploded half an hour after takeoff due to the experimental design of using a hydrogen balloon and hot-air balloon tied together.

The next major pivotal point in balloon history was on January 7th, 1793. Jean Pierre Blanchard became the first to fly a hot air balloon in North America. George Washington was present to see the balloon launch.

Ballooning Continues...
Now a large jump in time, of over 100 years: In August of 1932 Swiss scientist Auguste Piccard was the first to achieve a manned flight to the stratosphere. He reached a height of 52,498 feet, setting the new altitude record. Over the next couple of years, altitude records continued to be set and broken every couple of months - the race was on to see who would reach the highest point.

In 1935, a new altitude record was set, and it remained at this level for the next 20 years. The balloon Explorer 2, a gas helium model, reached an altitude of 72,395 feet (13.7 miles)! For the first time in history, it was proven that humans could survive in a pressurized chamber at extremely high altitudes. This flight set a milestone for aviation and helped pave the way for future space travel.

The ONR wanted the balloons for short-range transportation of small loads. Yost and his team took the basic concept of the Montgolfier brothers' balloon and expanded it, adding the propane burner system, new envelope material, a new inflation system, and many important safety features.

They also came up with the modern, light bulb-style envelope shape. Yost first designed large, spherical balloons. These balloons worked well but had an odd inflation pattern: When the air was heated, the top of the balloon filled up, but the bottom stayed under-inflated. For efficiency, Yost just got rid of the extra fabric at the bottom, developing the familiar "natural" balloon shape we see today.

By the early 1960s, the ONR had lost interest in hot air balloons, so Yost began selling his balloons as sporting equipment. Other companies soon sprang up, as more and more people got involved in ballooning. Over the years, designers have continued to modify hot air balloons, adding new materials and safety features, as well as developing creative envelope shapes. Some manufacturers have also increased basket size and load capacity, building balloons that hold up to 20 passengers!

But the basic design is still Yost's modified version of the Montgolfier brothers' original concept. This remarkable technology has enthralled people all over the world. Balloon tours are a multimillion-dollar business, and balloon races and other events continue to attract crowds of spectators and participants.

It's even become fashionable (among billionaires) to build high-tech balloons for trips around the world. It really says a lot about hot air balloons that they are still so popular, even in the age of jet planes, helicopters, and space shuttles.